World Autism Awareness Day 2019: Things You Need To Know About Autism
April 2 is internationally recognized as World Autism Awareness Day. The day is meant to urge organizations & masses to raise awareness about autism. Autism is characterized in varying degrees, by difficulties in social behaviour & interaction, communication both verbal as well as nonverbal and repetitive behaviours. Autism is known as a “spectrum” disorder because of its wide variation in the type and severity of symptoms experienced. It is said to be a “developmental disorder” (as symptoms generally appear in the first two years of life) which impairs one’s ability to communicate and interact.
Several factors such as the combination of genetic factors, environmental conditions, maternal stress, prolonged labour influence the development of autism, and leads to sensory sensitivities, seizures, sleep disorders, anxiety, depression, concentration, attention issues and many more.
As there exists a unique combination of symptoms in each child, the severity of the disorder sometimes becomes difficult to determine. A child or adult with autism spectrum disorder might have limited, repetitive patterns of behaviour, interests or activities. They might keep on with repetitive movements, such as rocking, spinning or hand flapping or could also indulge in activities that can cause self-harm, such as biting or head-banging. They generally have poor eye contact and lack facial expressions. Autistic people especially kids generally develop specific routines or rituals and becomes disturbed at the slightest change; they are often seen to be very sensitive to touch, smell and light.
While there is no cure for autism spectrum disorder, intensive, early treatment can make a big difference in the lives of people suffering especially kids. The treatment generally composes of therapies of different kinds such as Anger management, Behaviour therapy, Family therapy and Sensory Integration & processing therapy.
Sensory Integration is a therapy that modulates the way the nervous system (brain, vestibular system, and other senses) a receives messages (stimuli) from the senses and processes them into appropriate motor and behavioural responses. Conventionally this was achieved by giving Vestibular stimulation exercises and adaptation using assistive tools such as physio ball, balance board, scooter, swings, etc. Different vestibular stimulation protocols are applied to different manifestations of autism such as the child may actively seek very intense sensory experiences (jumping, swirling, spinning, etc) demonstrating signs of a hypo-reactive vestibular system, and are constantly trying to stimulate their vestibular systems whereas some children may be hypersensitive to vestibular stimulation and have fearful reactions to ordinary movement activities (e.g., Swings, slides, ramps, or inclines).
Coping with the limitations of the conventional treatments, Transpact Enterprises and IIT Bombay have designed the “Vestibulator”. Vestibulator is a compact, mechanized, innovative digital healthcare (therapeutic) device which is ergonomically designed to provide stimulations for vestibular, neuro-developmental and sensory integration therapy. It is the only dosimetry and automated co-patented technology by Indian Institute of Technology & Transpact Enterprises which performs the complete vestibular stimulation required for treatment of Cerebral Palsy, Autism Spectrum Disorder (ASD), Learning Disabilities, Attention Deficit Hyperactivity Disorder (ADHD), Sensorineural Hearing Impairment, Traumatic Brain Injuries, Vertigo and various other vestibular dysfunctions.
With its integrated software, Vestibulator stores the personalized treatment combinations, patient data for the purpose of monitoring and comparing. It streamlines and manages the therapy, rehab clinical documentation, nutrition schedule, health, and medical records. The research proves that Vestibulator is a potentially effective tool for physio and occupational therapists.
On the occasion of World Autism Awareness Day, the effort is to create awareness about autism and the upcoming treatment devices & methods as early treatment for ASD is important because proper care can reduce individuals’ difficulties and shall help them learn new skills and make the most of their strengths enabling them to live a more fulfilling & productive life. 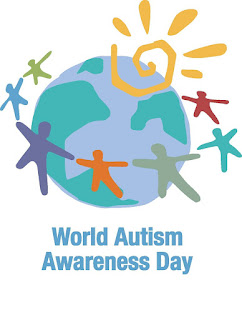